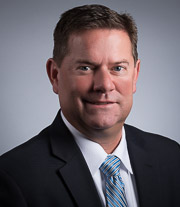 He joined one of America’s largest finance and insurance companies in 1999 and began serving the public sector as an investment advisor representative, offering group retirement plans to the governmental and nonprofit marketplace. Promoted in 2003, Ken became the Regional Sales Manager. In this role he led the sales, management, and distribution of defined contribution retirement plans in the governmental, not-for-profit, and tax-exempt marketplace, covering the New Jersey, Pennsylvania, and Delaware regions.

Advancing to become one of four national Regional Sales Directors in 2006, Ken – based out of the Philadelphia area – provided new case acquisition and development to 12 states in the Northeast and Mid-Atlantic regions.

In 2010, Ken was based in Philadelphia Retirement Plans Sales. In this role he was responsible for new plan sales and business development of defined contribution plans, including qualified and non-qualified plans, through the independent advisor distribution channels in eastern Pennsylvania, southern New Jersey, and Delaware.

Ken is a graduate of Rutgers University, with a Bachelor of Science degree in Economics. He holds FINRA Series 7, 26, 63, and 66 registrations and is licensed to sell life and health insurance, including variable contracts, in Pennsylvania.

Check the background of this investment professional on FINRA’s BrokerCheck.