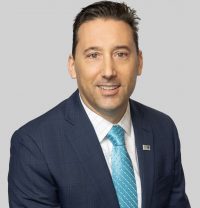 Robert Mangano, Director of Client Relations, is responsible for client retention and improving plan participants’ retirement outcomes through consultative plan design. Rob also conducts comprehensive plan reviews. During this detailed process, he is able to ascertain where the plan has been and where it stands by focusing on three key areas: participant utilization, investment due diligence, and participant education and services.

Rob began his career in 2001 at a bank investment program, working with individual investors for two years as a licensed financial associate.

In 2003, he joined one of the largest insurance companies in their retirement plans division and began serving the public sector. Rob’s role was to engage participants at their place of employment as an investment advisor representative, offering group retirement plans to the governmental and nonprofit marketplace.

In 2011, Rob became a Relationship Manager for Great West. In this role he consulted in the 401(k) defined contribution space, conducting plan reviews, delivering fund performance reviews, and leading group education meetings. In 2014, he was promoted to Senior Relationship Manager, serving as the owner of the relationship between Empower Retirement, the advisor, and the plan sponsor. Rob also trained financial advisers on products and participated in finals presentations to win new business.

Rob is a graduate of Rowan University, with a Bachelor of Arts in Communications. He holds FINRA Series 7, 26, and 63 registrations as well as a Certified Financial Planner (CFP®) designation. He is licensed to sell life and health insurance, including variable contracts, in New Jersey.

Check the background of this investment professional on FINRA’s BrokerCheck.