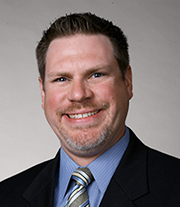 This prestigious list identifies “Young Guns” widely perceived as the future leaders of the retirement plan industry. More than 400 of the nation’s leading advisors were nominated for this year’s award, and 20,000-plus votes were cast during the month-long voting process.

“We are proud of Eric,” said Joshua Schwartz, Chief Executive Officer of RPA, “for his work and for earning this well deserved accolade. Eric Mitchell consistently embodies our firm’s promise, acting with integrity, respect and responsiveness in serving the people who make our communities work.”

Mitchell has been a member of the financial services community since 1999 and joined RPA in June 2008. He is a graduate of Eastern Michigan University, holds FINRA Series 6, 63 and 65 registrations, and is licensed to offer life insurance and variable annuity contracts.

“In a vibrant and growing industry, this ‘next generation’ of retirement plan advisors has already made significant contributions,” said Nevin Adams, Chief of Marketing & Communications for NAPA and Editor-in-Chief of NAPA Net the Magazine. “We are pleased to be able to acknowledge their contributions, as well as the firms that support their efforts.”

Established in 2014, NAPA’s 2016 Top Retirement Plan Advisors Under 40 list is drawn from nominations provided by NAPA Firm Partners, vetted by a blue ribbon committee of senior advisor industry experts based on a combination of quantitative and qualitative data, and voted on by thousands in the retirement plan industry. These “Young Guns” are widely seen as the future leaders of the retirement plan advisor industry.

*This recognition is not based on investment performance or client experience.